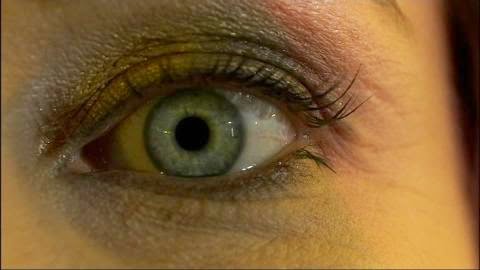 My Struggle Against Lies About Cuba in the USA Media

Thugs take over your country. Much more quickly than you ever thought possible, one megalomaniac takes control, discards the constitution, abolishes free speech, takes over all of the news media, bans all sorts of books and films, closes down all private schools, expels most of the clergy, and abolishes all private enterprise and personal property. In the wink of an eye, he also seizes all the banks, wipes out all accounts and changes the currency so no one can have more than a week’s pay in their pocket.

In the meantime, as these changes are taking place, all who oppose the new regime are imprisoned, tortured, or executed. Some simply disappear. Spy houses are set up on each city block, to watch your every move, and these very same government agents are placed in charge of herding you to public demonstrations and telling you what to shout out. In addition to assigning you all sorts of “volunteer” tasks that amount to slave labor, these meddlers are also given control of your access to medical care, of your children’s placement in school, and of the ration cards that you need in order to survive.

Eventually, anyone suspected of being gay or too religious is rounded up and sent to concentration camps, where “experts” try to “cure” them of their “illness” through torture.

Should you murmur the slightest complaint or curb your enthusiasm, you will not only risk prison, but also imperil your family’s well-being.

Should you opt for exile, your neighbors suddenly “volunteer” to harass you constantly. You may also be forced to spend three or more years at a labor camp, working without pay, hundreds of miles from your home and family, before you are allowed to emigrate. When you finally do manage to leave, all of your remaining possessions are taken from you, including your family photos, your wedding ring, and the rosary or mezuzah your grandmother once gave you. After being strip-searched, you leave the country without a penny to your name, and only two changes of clothing in a very small bag. Suitcases are forbidden.

Or you may risk your life and flee in a flimsy raft under cover of darkness, knowing that there are many sentries patrolling the coast, with shoot-to-kill orders, and many sharks waiting to chew you up if your vessel sinks.

Then, imagine that once you get out, nearly everyone in your place of exile tells you that the totalitarian nightmare you have fled is a wonderful and praiseworthy experiment in social engineering, or even an egalitarian utopia. Imagine being scolded for disagreeing with such assessments. Imagine being told by many affluent and well-educated people that you are a selfish oaf who doesn’t give a damn about justice and can’t appreciate “visionary” leaders.

Welcome to Cuba, and also to the life of a Cuban exile.

Want to get a little deeper under this skin? Imagine this, if you can.

The megalomaniac and so-called visionary leader who has hijacked your country for five decades falls ill and appears to be near death. One of the finest newspapers in your adopted land goes out of its way to ask for your opinion, presumably because you have managed to become a well-respected scholar. But this journal, The New York Times, doesn’t really want you to speak your mind. No. Instead it wants you to pass judgment on your fellow exiles who are openly rejoicing in Miami. And they suggest the topic in the most offensive way you could ever imagine, with a remark as flippantly ignorant and insensitive as Marie Antoinette’s infamous “let them eat cake.”

“I can't help but wonder if this rejoicing is appropriate,” says the Times editor about the street revelers in Little Havana, “since many of them were likely allowed to leave Cuba in the early 60's with Castro's blessing.” Then, as if this were not vexing enough, she asks you to lay all your cards on the table and state your position on this question explicitly, to see whether or not your opinion is worth considering. And when you comply and offer to sum up the ailing tyrant as the consummate Machiavellian prince, you are curtly dismissed…

“We're afraid that this approach is not quite right,” said the editor.

God knows what they were searching for at the New York Times, or what they expected of me. All I know is that the Times made me feel as if I were back in Cuba, dealing with its state-run propaganda rag, Granma. Or like a “negro” in the old South, dealing with segregationists who couldn’t understand why colored folk were so ungrateful about being rescued from Africa.

But that’s not all.

If it were only the New York Times, maybe all of us Cubans would be in better shape, in exile as well as on the island. But, unfortunately, it’s not just the Times that loves to idolize the Castroite Revolution. It’s most of the North American and West European media, and their glitterati. Or so it seems, most of the time.

When Fidel Castro visited New York in 1995 to give a speech at the United Nations, he was the toast of the town’s news oligarchs: Mort Zuckerman, then editor of U.S. News and World Report, hosted a lunch for the tyrant at his plush Manhattan apartment, where he and others such as Barbara Walters, queen of tear-jerking interviews, and Diane Sawyer, first prime-time anchorwoman of ABC News swooned in his presence, as if he were a rock star. (1) Barbara and Diane are in good company. Dan Rather, former anchorman of CBS news, called Fidel Castro “Cuba’s own Elvis.” (2) Imagine Hitler or Mussolini being compared to Elvis.

Imagine all of this happening to Idi Amin, Sadam Hussein, or Augusto Pinochet.

If it were only the news media, then maybe we Cubans would stand a chance of redemption. But the American entertainment industry seems to love the tyrant and his henchmen too. Robert Redford glorifies Fidel’s sidekick Che Guevara on film in “The Motorcycle Diaries,” and since that is apparently insufficient, Steven Soderbergh follows suit with a six-hour epic hagiography that might as well have been entitled “Saint Che.” Director Oliver Stone praises Fidel as “one of the world’s wisest men.” (3) Actor Jack Nicholson calls him “a genius.” (4)

Supermodels Kate Moss and Naomi Campbell gush after meeting Fidel that this was “a dream come true.” (5) Not to be outdone, novelist Norman Mailer pronounces Fidel “the first and greatest hero to appear in the world since the Second World War.” (6) But in the end, no one could trump the French, those supreme arbiters of good taste. After all, long before Hollywood stars made pilgrimages to Havana existential philosopher Jean-Paul Sartre had already crowned Che, rather than Fidel, as “the most complete human being of the twentieth century.” (7)

No wonder we Cuban exiles are seen as the fiends and villains of our own story, and of American politics. No wonder we’re loathed by intellectuals and commoners alike. No wonder the Washington Post and scores of American newspapers can get away with publishing this cartoon with impunity.

Imagine any other immigrants or any ethnic group in that boat. Imagine the firestorm of protest that would ensue.

Imagine the charges of bigotry and racism leveled against the cartoonist and the newspapers who would print such an offensive cartoon.

One final meditation. Imagine this, if you can.

Imagine a New York Times or Washington Post that would dare to print this essay, or apologize for their abysmal ignorance and bigotry.

*Carlos M. N. Eire is Professor of History and Religious Studies at Yale University and author of Waiting for Snow in Havana and Learning to Die in Miami. This article is based on a lecture he delivered at the Institute for Cuban & Cuban-American Studies, University of Miami, on November 21, 2011. 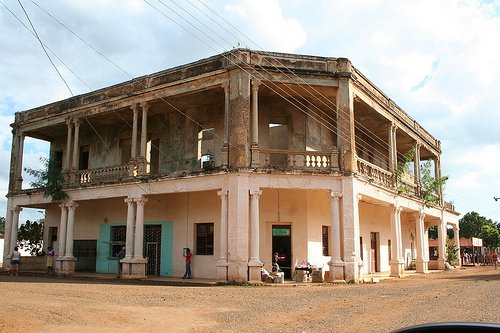